The Netherlands awarded Europe’s Hydrogen Valley of the Year 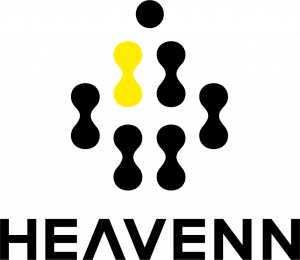 Tonight during the EU Hydrogen Week in Brussels, the HEAVENN project was awarded Europe’s ‘Hydrogen Valley of the Year Award’. HEAVENN is a long-running EU programme for the development of a fully functioning green-hydrogen chain in the northern Netherlands region. New Energy Coalition is initiator and coordinator of the programme. The award was acknowledged by the Clean Hydrogen Partnership.

The HEAVENN programme involves cooperation with 31 public and private parties from 6 EU countries. The programme is working towards a fully operational hydrogen economy in the northern Netherlands, mainly in the provinces of Groningen and Drenthe. The energy knowledge and infrastructure in this region (from 60 years of natural gas mining from the Groningen gas field) combined with the energy-intensive industry present together form a perfect ecosystem. From extraction and landing (offshore wind at Eemshaven Groningen sea port), to production (electrolyzers), storage (salt caverns in Veendam), transport and distribution (gas pipeline network) and off-take in energy-intensive industry (Delfzijl and Emmen industry clusters) and housing projects in Hoogeveen. The development of mobility infrastructure (including hydrogen filling stations) complete the system.

Moreover, in this region there is logically a widely felt sense of urgency among policy makers, entrepreneurs, institutions and residents to build a new energy economy as the region’s natural gas economy will be phased out. This places the stakeholders on the same page, and helps realizing the projects.

Patrick Cnubben, director of hydrogen strategy at New Energy Coalition, is the architect of the HEAVENN programme. ‘As the first Hydrogen Valley in the EU, we are building a fully functioning hydrogen chain in the northern Netherlands, and as such it is a testing ground for global developments. Receiving this Award is a welcome acknowledgement of our efforts. As a follow-up, we are now taking the next step towards cross-border Hydrogen Valleys. In this way the HEAVENN-programme, is also giving substance to the RePowerEU programme.’

Marieke Abbink, managing director of New Energy Coalition: ‘A great recognition for this project, while we are already fully engaged in the next phase, connecting international Hydrogen Valleys.’

The annual Hydrogen Week in Brussels addresses the current state of research, politics, policy and economics of clean hydrogen as part of the global energy system of the future. The event is organised by Clean Hydrogen Partnership (formerly FCH 2 JU) and its members: the European Commission, Hydrogen Europe and Hydrogen Europe Research.

At the announcement of the Hydrogen Valley of the Year Award for the Dutch project, administrators reacted with enthousiasm:

Melissa van Hoorn, delegate of the Province of Groningen:

‘I am delighted with the Hydrogen Valley of the year award. As front runner, it is a privilege to support other Hydrogen Valleys and interested regions, warmly invited to visit the Northern Netherlands and learn how to build the hydrogen ecosystem!’

Tjisse Stelpstra, delegate of the Province of Drenthe:

‘Receiving this Award motivates us to make the next steps. We hope that we can also inspire other regions with our efforts.’